In the Netherlands, land prices are very high if you compare them with large agricultural countries elsewhere in the European Union. This high price is the result of scarcity. Supply is limited while demand is large. This scarcity of land has placed an enormous claim on the assets of agricultural enterprises such dairy and arable farmers. For these sectors, land is of course a necessary production resource.

The percentage of the land in the Netherlands used for agricultural purposes has decreased in the last ten years by nearly 4%. Between 1996 and 2010, agriculture lost more that 86,000 hectares of land. The greatest part of this has been used for building. About 8,200 hectares was used to provide more space for forests and nature. In 2008, the Agriculture Economic Institute of Wageningen University calculated that in the next 30 years Dutch agriculture will lose between 60,000 and 100,000 hectares to house building, new roads and transformations into nature reserves. Agricultural organisations are afraid that the loss will be even greater.

The price for agricultural land varies considerably per region. The location, the potential yield and drainage all play a role in this. But it is particularly the future purpose of the land that determines the price paid. The price of land offered for sale near business and population centres that want to grow is driven up considerably. 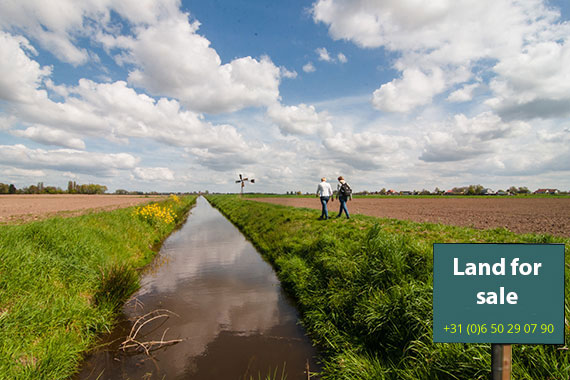